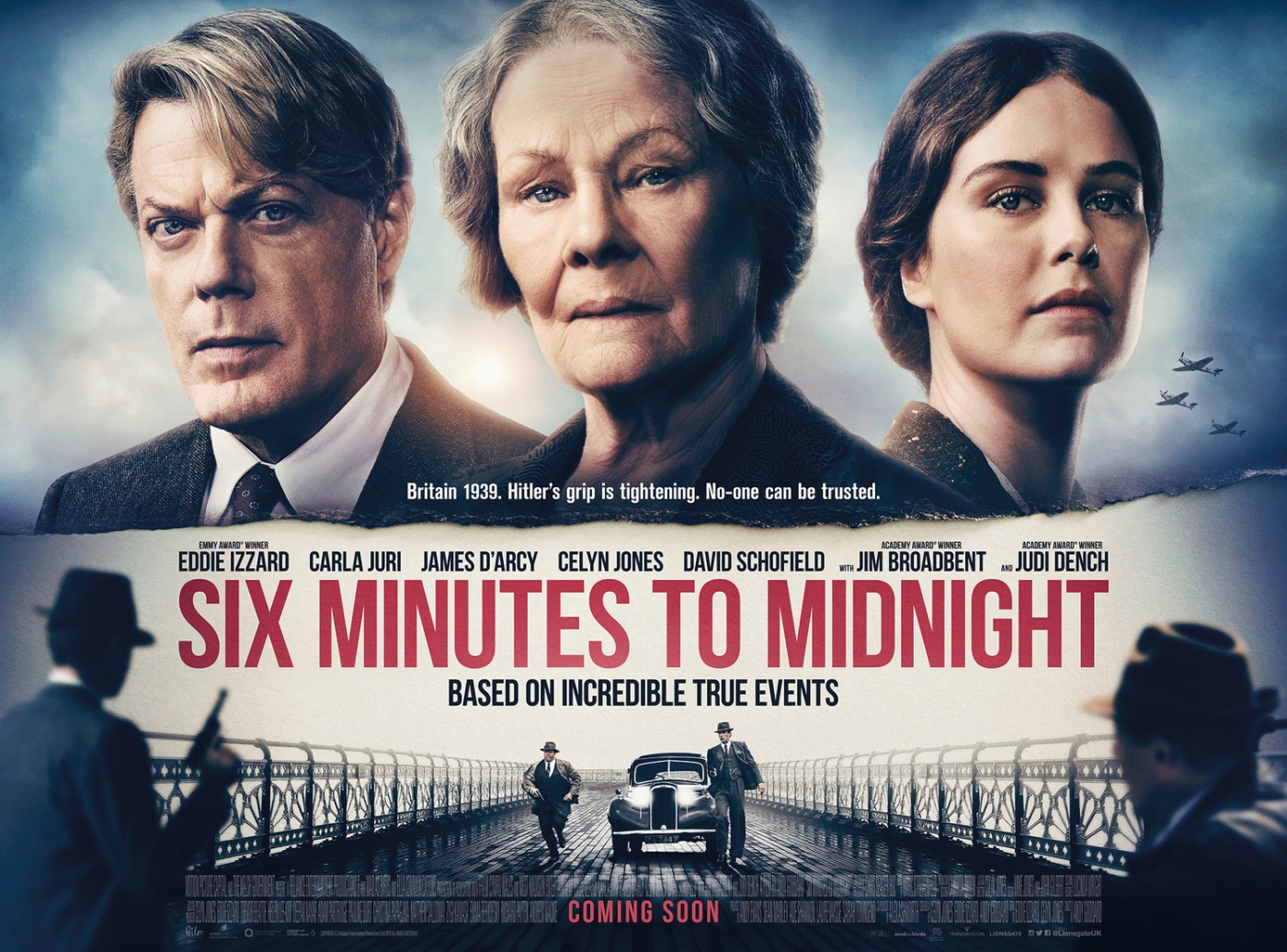 Showing on Sky Cinema in the UK.

Written by Eddie Izzard and Celyn Jones, Andy Goddard directs this “based on true events” story of a finishing school in Bexhill-on-Sea on England’s Sussex coast which hosted the daughters of prominent Nazi’s and Nazi sympathizers, teaching them language, deportment and etiquette. The school was opened in 1932 and closed just before the outbreak of war in 1939.

While the school existed, built around it is a fictitious tale of spying, secret evacuations and double crossings. Eddie Izzard plays Thomas Miller a “jobbing” school teacher who joins Miss Rocholl’s (Judi Dench) small staff after the sudden disappearance of his predecessor. He quickly discovers that all may is not as it seems with the students and their German teacher, Ilse Keller (Caral Juri). But then all is not what it seems with Miller, as he finds himself in a race against time as the clock ticks down toward the beginning of the war.

This film is certainly not without flaws, its dialogue is clunky at times, Izzard in not wholly believable in the lead role and the fictitious story around the school is often silly. I think your enjoyment of this film will be in direct correlation to how much your prepared to go with it.

I personally decided the longer the film went on the more I was happy to roll with it. It’s shot in the style of classic 1950’s British spy dramas, in fact I’m surprised it wasn’t shot in black and white. Izzards comic background comes out in a pacey and humorous script, even if it does “clunk” heavily at times. Performances are a bit unbalanced, while Izzard is not always convincing and the girls are almost caricatures of Germanic, young Nazi’s but balanced by Judi Dench. She brings her usual gravitas as the head of the school, capturing the move between stoic defence of the school to concerned mother hen for “her girls”. Juri, Tijan Merai as Gretel, the outsider of the group, and Jim Broadbent as mysterious bus driver Charlie all offer good support.

Six Minutes to Midnight is presented in the UK as a Sky original, which is often a warning, but to its credit it is certainly one of the more enjoyable films from this stable. If you’re prepared to forgive some of its failings and if you like the look and feel of those classic 1950’s spy dramas I think you’ll find enough in its short running time to enjoy.