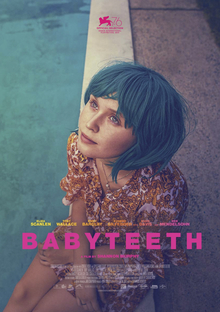 Now on Netflix as well as VOD services.

Written by Rita Kalnejais, directed by Shannon Murphy and starring Eliza Scanlen, Babyteeth is a gritty Aussie drama centered around Milla (Scanlen) a seriously ill teenager, who via a random run-in at a railway station finds a new love in twenty-something drug dealer Moses (Toby Wallace), much to the horror of her parents Anna (Essie Davis) and Henry (Ben Mendelson). The story follows a short period in Milla’s life, her frustrations with and her fight to live it and the impact this has on those around her, all of whom have their own troubles.

Babyteeth was an odd experience, it felt a little unbalanced at times, introducing characters and storylines at random that then either disappeared or didn’t make sense, yet at other times it took time to explore its subject. It showed me characters that didn’t seem that likeable, yet I found myself liking them very much and at times a storyline that seemed difficult to engage with, yet I became very engaged, especially at the films heart-breaking conclusion which made me realise I had invested hugely in all of the characters.

The performances all capture the films quirky nature Scanlen anchors it brilliantly in the central role, bringing to screen the frustrations and pains Milla is going through, Mendelson and Davis excellent as her quirky and troubled parents and Toby Wallace captures the troubled, lost and lonely life of Moses.

This is the type of drama the Aussies do really well, quirky, shining a light into dark corners and not afraid to get dirt under its fingernails. While watching it I wasn’t sure how much I was enjoying it, but looking back it tells a heart wrenching story but is never voyeuristic or sentimental as it captures life at both its most difficult and beautiful.

It is certainly quirky and takes some watching but its heart-breaking end makes you realise how much you have enjoyed spending time in its presence.